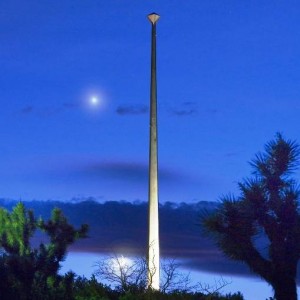 Edwin John Dingle, known as Ding Le Mei to over 220,000 students of the Science of Mentalphysics, was born in England in 1881. He became a journalist and established a publishing empire in Hong Kong and Shanghai. On a mapping expedition across China in early 1900’s, he walked across China and into Tibet.

In his quest for spiritual knowledge he became one of the first Westerners to enter Tibet and study in a Tibetan Monastery, where he was recognized as a highly evolved soul.

Upon his return to the West, he began sharing the teachings and practices he had 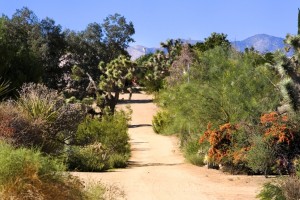 learned in Tibet, first in New York and later in Los Angeles, California where he began the Institute of Mentalphysics in 1927.

In 1941 the Mentalphysics Spiritual Teaching and Retreat Center was dedicated in Yucca Valley (now Joshua Tree). When Dingle discovered the land, he witnessed a great light from above and was told that this was indeed the place to build the Institute and that roads would be made to carry people to this place of respite. The land has since been called a “magnetic anomaly” and has been tested with sensitive electromagnetic equipment that confirms that it is a unique energetic “vortex”. There are only two places in the world classified as such…a place in Bryce Canyon, Utah, and the land at the Institute of Mentalphysics. 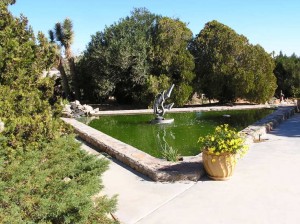 Frank Lloyd Wright designed Dr. Dingle’s home, the Ridge Cottages, Water Terrace Dining Hall, and the Caravansary, a 700-foot-long structure with motel-style rooms and a meeting hall. His son, Lloyd Wright, completed the buildings. We have the largest collection of Lloyd Wright buildings in the country. Ding Le Mei passed from this life in 1972.

The center is used today not only by students of Mentalphysics, but by many retreat groups of 20-300 seeking a quiet, peaceful place for spiritual contemplation and training.